When we look at the world around us, we notice that as objects move further away, they become smaller. In order to make images on a flat surface appear 3D, or realistic, we must learn how perspective works and how to use it.

The simplest form of perspective is called one point perspective. This is because everything in the image converges to a single vanishing point on the horizon.

Drawing in one point perspective works best when depicting scenes that are front on. Such as facing a wall, or looking down a long narrow space like a railway, a road or a row or trees.

If you are drawing something with the corner of an object pointing towards you, then ‘two point perspective’ will be required, but that will be covered in a future lesson. For now, we will familiarise ourselves with one point perspective. We will also limit ourselves to simple shapes, made out of straight lines.

We will be using this photo of a train to find out how one point perspective works. 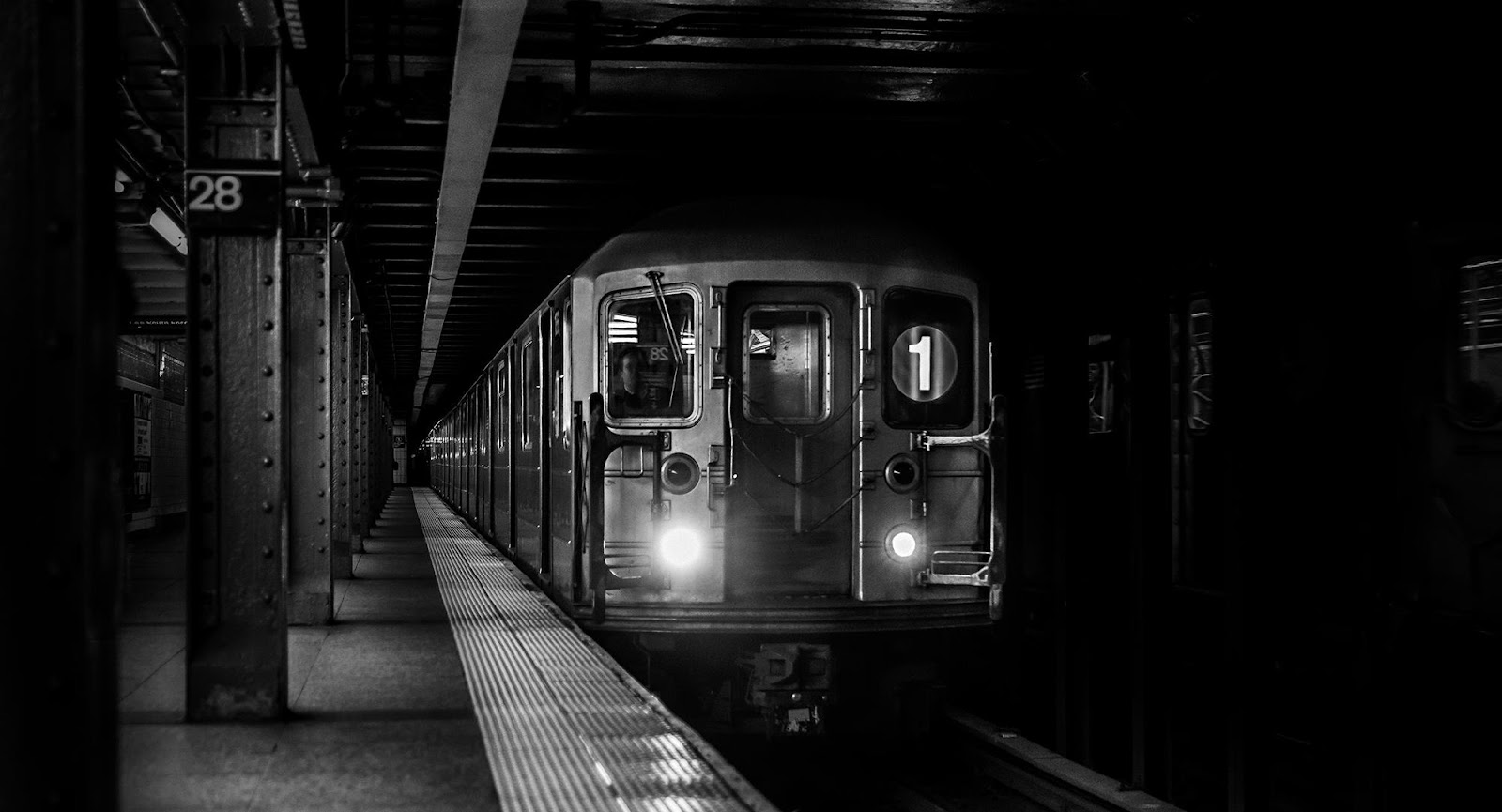 The horizon line is a horizontal line that divides the ground from the sky in an outdoor scene. It is sometimes called the ‘eye level line’ because it’s placement in the image determines where how far from ground level the viewer’s eyes are:

The placement of the horizon line is also affected by the angle of the eyes:

The best way to understand how the placement of the horizon line will affect the image, is to make lots of sketches, with the line placed in lots of different positions.

*While in reality the horizon is curved, it is usually fine to make it a straight line. 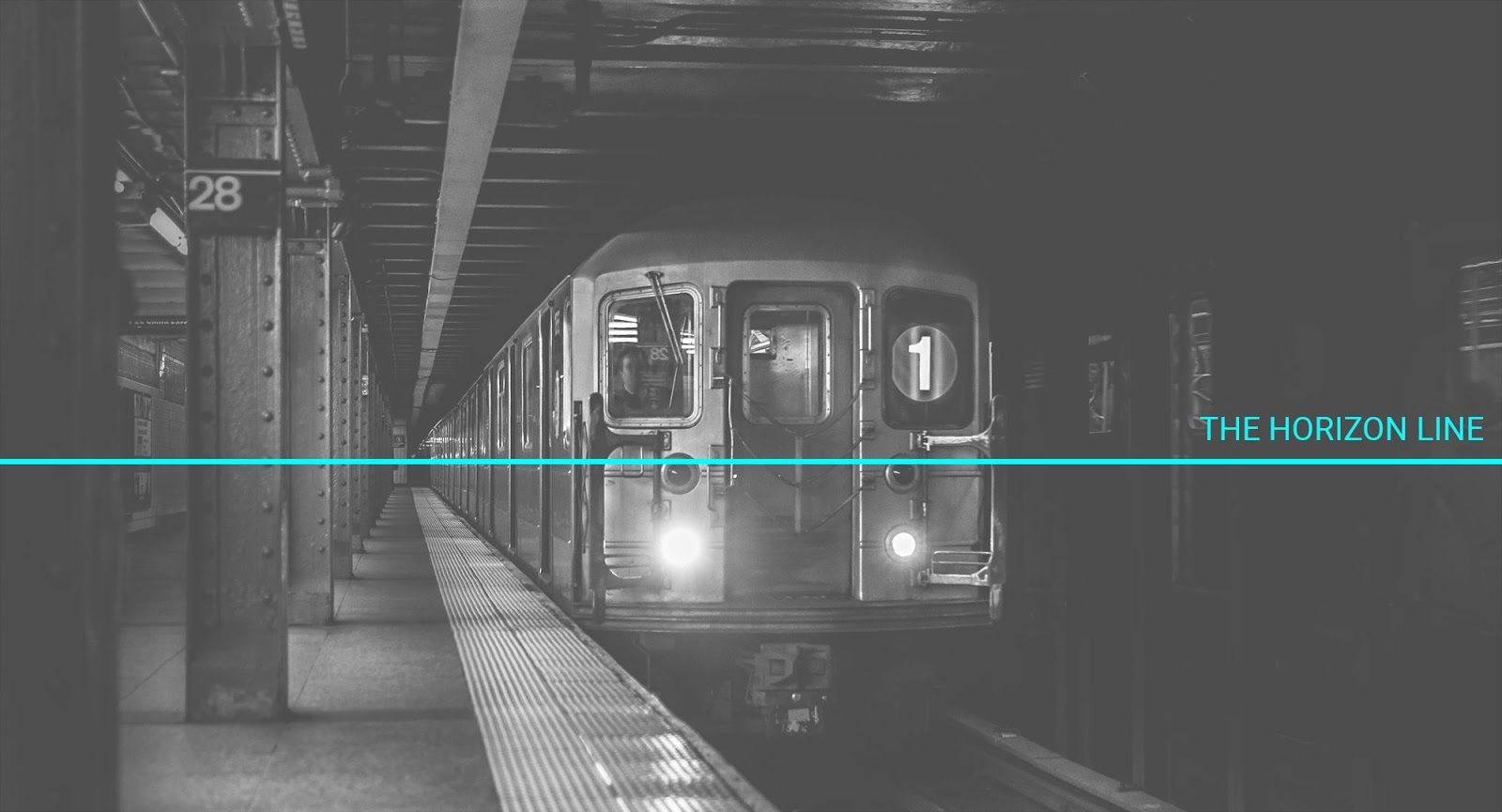 Surfaces that face towards the viewer show the true shape of the object because they are not affected by any distortion.

When working on a perspective drawing, it is best to start by placing true shapes of the main objects. In the image below you can see that the true shapes of the front of the train facing the viewer, and the pillars have all been highlighted. 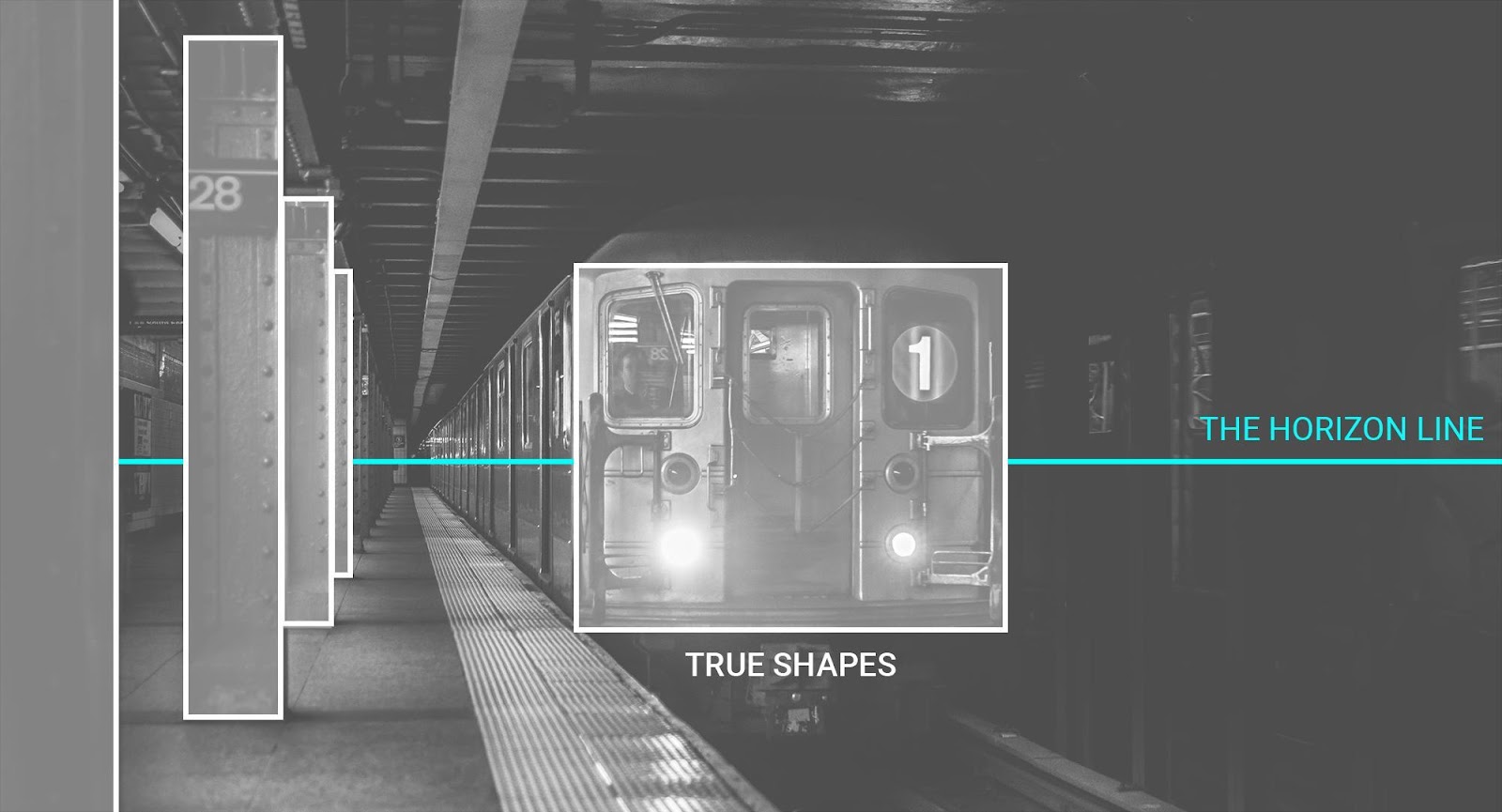 All of the planes that travel away from the viewer converge to a single spot, called the vanishing point, where the they disappear from view.

You can place the vanishing point anywhere along the horizon line. If it is placed in the centre of the image it will give a sense of symmetry but it will also feel slightly static. If placed near the edge of the image (as in the reference photo) the image will be more dynamic.

By drawing lines from the corners of the true shapes to the vanishing point you can add the planes that face away from the viewer. It will also help you to determine the height of identical shapes receding into the distance (such as the pillars on the platform). 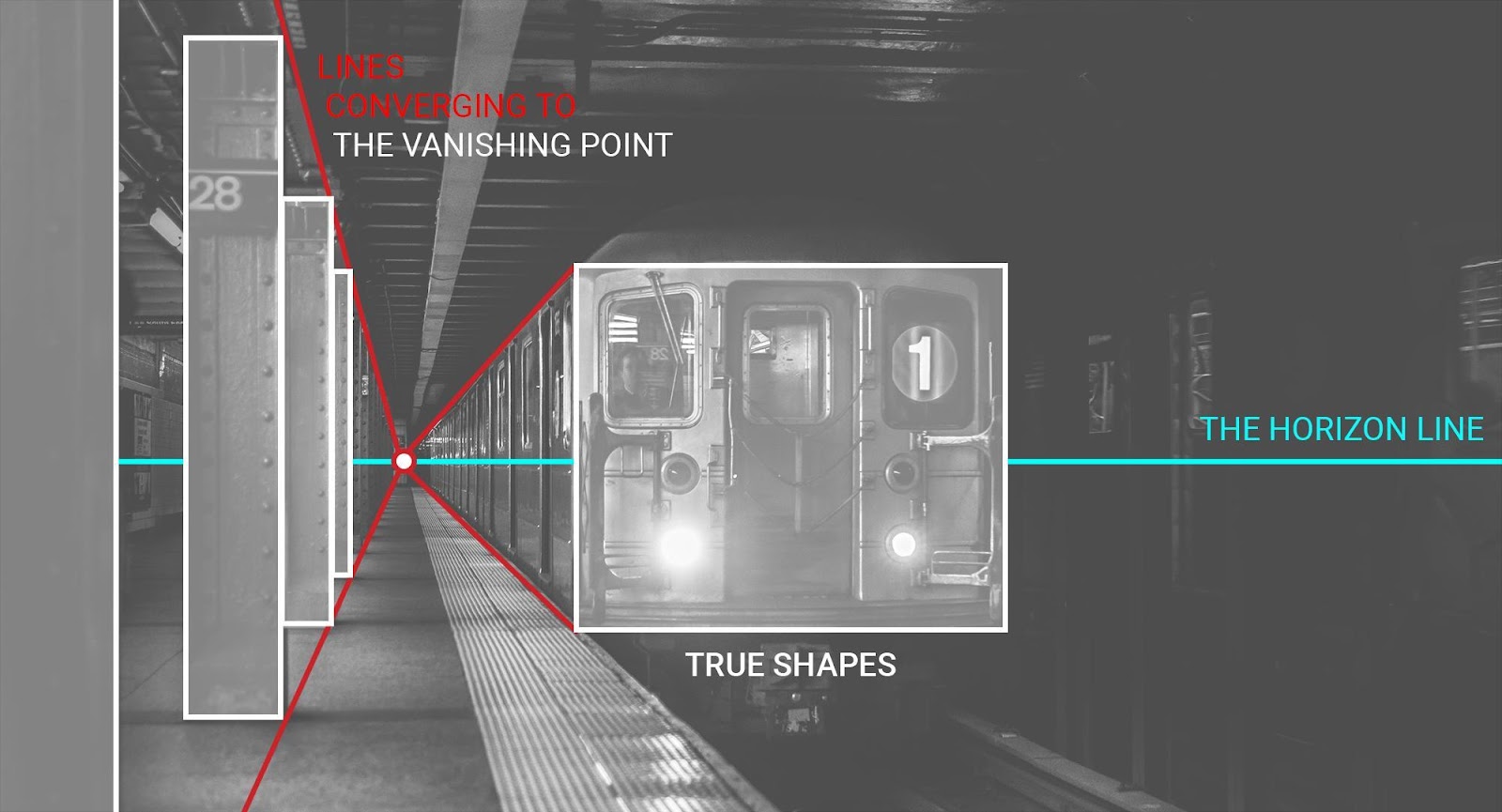 As always, let me know if you have any questions, or need any help with your work.